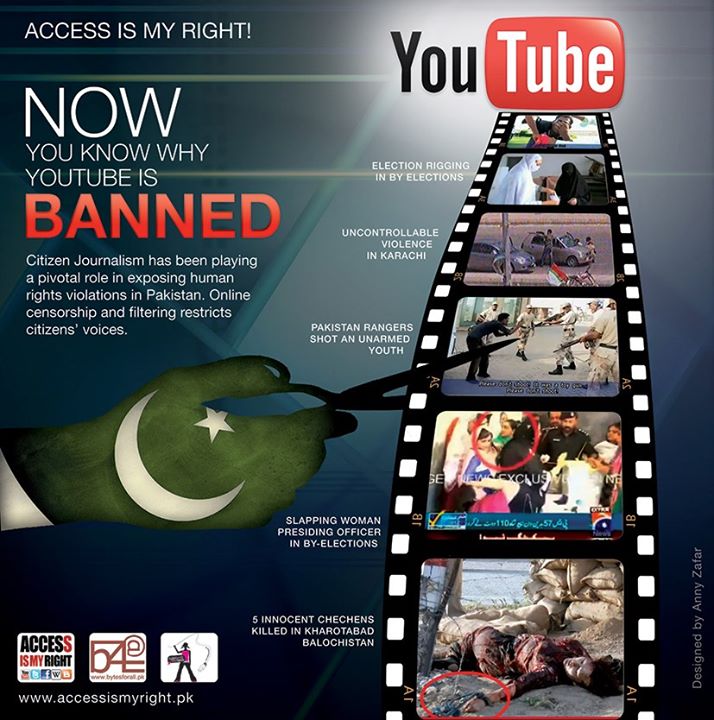 The Citizen Lab has documented a pattern of Internet filtering in Pakistan that is inconsistent and intermittent with with filtering primarily targeted at content deemed to be a threat to national security and at religious content considered blasphemous. In recent years, Twitter, Facebook, and certain pages on Flickr and Wikipedia have been periodically blocked in the country due to what was considered blasphemous content circulating on those sites. Bytes for All (B4A), has been campaigning for the online rights of Pakistani citizens and an active participant in the debate on the use of information communications technologies for sustainable development and strengthening human rights movements in the country.

In January 2013, B4A collaborated with the Media Legal Defense Initiative, a non-governmental organisation which helps journalists and independent media outlets around the world defend their rights, in submitting a petition to the Lahore High Court claiming that the civil and political rights of Pakistanis have been violated in the government’s censoring of various popular sites on the Internet. The censorship of YouTube as a consequence of the site hosting the controversial Innocence of Muslims video in particular was highlighted by the groups. B4A Country Director Shahzad Ahmad, however, argued that the ban is an excuse to “curtail, limit and curb citizen freedom of expression” in Pakistan. Reports by B4A on the court proceedings have indicated that part of the motivation for banning the entire YouTube site was based on the difficulty posed by blocking individual URLs.

The court’s District Attorney General asked the court on April 2013 to dismiss the petition on the grounds that B4A had appealed to Frank La Rue — UN Special Rapporteur on the promotion and protection of the right to freedom of opinion and expression — through a written Letter of Allegation calling for the end of website filtering in Pakistan. The judge denied this appeal and the court case continues.

Further hearings by the court in August 2013 yielded little movement as Minister of State for Information Technology Anusha Rehman and her secretary failed to appear before the Lahore High Court. Around the same time, the Minister also stated that there were no plans to unblock YouTube, and that the government is interested in developing software that can automatically block objectionable content.

When requested for a comment on the court case, Google made a statement saying that “It is Google’s goal to offer local versions of YouTube to more places worldwide, but it takes time…The localization process can be lengthy as we research laws and build relationships with local content creators.”

A hearing on September 19 has been scheduled for the Lahore High Court. Further updates to this ongoing case will be posted as they arise.