A CBC article exploring the Chinese government’s use of surveillance mechanisms, what has been called the “Great Firewall” highlights Citizen Lab’s work in studying the state and private enterprises that support it. In an interview with the CBC, Citizen Lab Director Ron Deibert said that “You could go so far as to make the argument that social media and digital technology are actually supporting the regime.”

The article goes on to point out that the Citizen Lab has identified various surveillance mechanisms in social media platforms based in China, which are widely popular in the country, such as WeChat. The content restrictions built into these applications remain in effect when individuals leave the country, including students who study abroad. These services also often gather information about their users. On this topic, Deibert said  that Chinese officials “have a wealth of data at their disposal about what individuals are doing at a micro level in ways that they never had before. What the government has managed to do, I think quite successfully, is download the controls to the private sector, to make it incumbent upon them to police their own networks.”

Finally, Deibert commented on the fact that Chinese authorities appear to store massive amounts of user data indefinitely. This policy of retention, he said, was in contrast with a philosophy of retaining only what is needed and then deleting the rest, a policy Western governments have tended to adopt. 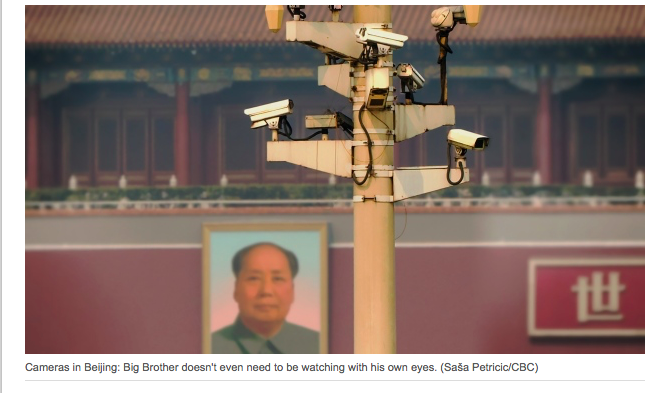